Below are a few of my favorite scripts!  Just click the link above the video to read the screenplay and then push play to see it come to life! 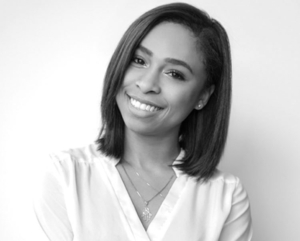 Hi! My name is Indira but everyone calls me Indy. I am a screenwriter and published author and I LOVE writing stories. Any story, all the stories. I write short fiction, novels, and screenplays primarily in the sci-fi/fantasy realm if I have a choice, but have written in genres ranging from true crime and nonfiction to horror and romance.

My mom probably wouldn’t like me claiming Atlanta as much as I do (and if you’ve ever met someone from Brooklyn, you’d know why) but those places have definitely shaped who I am as a woman and the way my imagination works which in turn affects my writing. Now I live in a lake house in the woods and write to my heart’s content. Who’d thunk?

I am a graduate of the #1 HBCU, Spelman College, with a bachelor’s degree in Psychology.After a brief stint in the music industry managing a recording studio, I discovered my own passions for writing and creating art. I have previously been published as part of ATTHIS ARTS’ speculative fiction anthology, Five Minutes at Hotel Stormcove, a member of the Brooklyn Speculative Fiction Writers Group, and was a frequent contributor to the Murder Monday podcast on iHeartRadio station 101.3KDWB out of Minneapolis/St. Paul during its syndication. I have contributed to narrative development for companies such as Red Bull Media House and Porsche. My short action drama film, ROMAN, starring Black Hollywood icon, LEON, was filmed in late 2021 and I am currently developing several projects including, but not limited to, a feature film with world class cinematographer BRENDAN UEGAMA, a 30-minute dramedy with director NICOLE LEIER, an animated musical children’s show, and true crime feature film.

I love connecting with other creatives and seeing where the road takes us. I hope you enjoy clicking around and here’s to growth!