This is actually my very first story ever accepted by an editor for an anthology but due to reasons out of my control (and his, I believe) the anthology was never published. This was a cool one because the theme was based on the John Silence universe created by Algernon Blackwood. John Silence is a psychic doctor who uses his powers to diagnose his patients with otherworldly maladies. This story branches off of that idea and applies it to POC as psychic detectives battling foes from the Unseen, another dimension that houses unknown terrors. I always saw this story as continuing on and on as my main character get stronger. This story takes the form of journal entries so who knows? Maybe there are more pages left to her adventures….

It was waiting for me in the shower.

It wasn’t always there.

Over the past few days it had been slowly getting closer and closer to the house. Water attracts them so the bathroom was a natural choice but compared to the lake just outside, it made me wonder: why here?

There are tons more down by the lake, milling about like deacons in the church.

My grandmother called them “water babies” and said they were the ones who led the slaves out of the South up the Mississippi and into freedom. The more cautious travelers thought it was safer to settle here where there weren’t as many people. Figured they couldn’t get in any trouble if no one knew you existed.

But that’s where they were wrong.

There’s always something watching from the Unseen. But that’s a story for another time.

But it was this water baby that had me a little concerned. No one knows what they are really called but I do know there were a lot of them back home in Georgia. They were especially abundant where my family lived up in Cherokee County on Lake Allatoona. During my unconventional education (which by any convention was very hard to come by for someone of my Color) I would learn that an intense battle during the Civil War was fought on the land under the lake. I would also learn that more than 1,500 lives were lost.

I think that had something to do with the considerable number of water babies but I don’t have a way to prove it.

But still, there were not as many of them at home as there are up here.

After the newly freed men and women started to settle I suppose the water babies ended their journey here too and even in the “Land of 10,000 Lakes” there was enough of them to make it seem crowded. There are some areas where they cover every square foot. I hear that walking in areas like that is akin to walking into a pond. The school surrounds you but at a safe distance. You are not likely to bump into one of these.

But this one was different. It’s the closest I’ve ever been to one and I couldn’t help but wonder if this one was trying to lead me somewhere too.

I think it knows why I came to this place. It has me feeling quite nostalgic considering the situation.

The lake was calm this evening, a one way mirror between us and the Unseen world.

I wonder if my creature had his claws pressed against the glass, picking its next meal from the pasture.

Humans are the cows, if you didn’t know.

I wonder if normal cows know that they’re even meant for the slaughterhouse. One day, you’re minding your business, chewing your cud, and the next, poof! You’ve been chosen and you’re gone.

It would be kinder not to know, I think.

That’s how it is for the rest of my family: shuffling through life blissfully ignorant. My relationship with my family is fine, I suppose. Ever since father died it’s been a bit strange but I don’t mind the solitude, if I’m being honest. We love each other very much but our interaction is limited to casual check-ins and gossip concerning those outside our family. Always outside of the family.

Through it all, family comes first.

Well, not “see” see. You don’t know exactly what they look like but each creature has a unique feel.

The feel kinda fills in the blanks, you know?

Of course you do.

I think about Grandmother a lot. Especially on nights like this. Her birthday is the day after mine and passed only four nights ago. When she disappeared I had to leave Georgia. I knew that it was a creature from the Unseen that took her but no one would believe me. It was a night like tonight, when the moon is bright and the water still. I was there when the giant monster broke through that mirrored lake and pulled her through. The police classified it as a missing persons case but they don’t worry too much when a Colored woman goes missing. They filled out the obligatory report and left it alone. My family figured it was a bear that got her. A bear!

I knew I couldn’t rely on them either.

I was but a young Colored woman myself, barely out of my teens, and my resources were already minimal.

Ever since I could remember Grandmother and I made a game of it. Solving our town’s most persistent problems, which more often than not were the results of lower level Unseen, had become a training ground for my budding psychic powers. Over the years my strength grew and so did the size of the Unseen we encountered. But through it all grandmother and I would defeat them.

We were a great team.

But this case is different.

I pursued it alone for months relying on everything she had taught me to track down the bastard who took my best friend from me.

Luckily, she taught me well and I tracked it to this lake.

It took me years but I found it. After many run-ins with the wrong sort of Unseen I was finally about to have a run-in with the right sort.

At least I hope so. His feel had waned over the past few days and I can’t quite put my finger on his location. The water babies are all that I “see”.

Another odd thing: the lake’s population of bald eagles had been steadily increasing over the week and with it the water babies were less and less. I think there’s a connection to the raptors’ presence and the lack of the water babies. I feel like the eagles are the heralds to something far more sinister.

Shame. I really liked eagles. I don’t want to think of them in that way.

Or maybe they are guards? Protecting a doorway that is soon to be opened? Perhaps it is the same kind of door that opened and allowed that thing to take Grandmother.

Yes, but back to the water baby still waiting for me in my shower. I feel drawn to it. Maybe this is the same feeling my ancestors felt when they took that long walk to freedom along the river. I have come too far to stop now. I always thought it strange that I never could feel Grandmother’s spirit when I could feel almost all other departed from my family.

That means she is still alive, right?

So, wish me luck. I’m going to follow this water baby wherever it means to lead me and hopefully I will find Grandmother, too.

It is worth noting that although none alive have seen the contents of this journal, the penmanship of the following entry is that of a person still unsure of reality and who is also in a great rush.

I just got back today.

Not that I knew today was today. It feels just like yesterday. But thanks to the papers at the 46 Store I found out that today was November 17th, 1961.

A full 2 years, 1 month and 24 days since I followed that water baby to the Unseen.

Slipped right into the water and fell out on the other side. The eagles that night made quite the fuss as I got closer.

Maybe I should I have listened to them.

When I washed up on the shore they were there again. Maybe they never left.

I think the door only opens every so often and every time they’re there.

Reminder: research eagles and their psychic significance to natives.

It also turns out the water baby sort of had a life as a little girl in a town just over the border into Alabama. She was about nine years old and she lived and died over a hundred years before me, murdered long before her time. She was part of the necessary “migration” our people had to take and she wanted to show me something.

See, Nanny, you were right.

But there’s one problem…

No matter how hard I try I can only remember my time there in flashes. It’s like I was walking in a dream stuck in that little place between the curtains and the window.

I hope it will come back to me.

But I do remember the rage. It was everywhere and I felt bombarded by it the second I touched down. I’m afraid it won’t be contained for much longer. It took all I had to fight back the charging Unseen. Maybe it wasn’t the true Unseen world. I found it to be more like a giant waiting room for the bad things lining up to kill us and the real Unseen was just behind the curtain.

Oh, I found Grandmother too.

In that space between spaces I wasn’t alone.

She stuck out like a sore thumb with her light and together we kept the rage away. I don’t know how she survived this whole time but it was amazing! I’ve never seen our powers so in sync. And I’ve never felt so powerful.

Although, the creature that took her was nowhere to be found. I find this odd. Grandmother’s recollection of events is fuzzy as well so I will continue to observe her for any clues to restoring our memory.

The cabin is pretty much in the same shape as it was when I left. Only the dust and cobwebs show the passage of time.

Then there were the letters.

The first invited me to the then impending and long since passed wedding of my sister to the pastor’s son.

The second was a bit more interesting.

In the course of the time I was away, the country had changed.

The new president was ruffling feathers all around the world but the situation in the South was more volatile than ever. The fragile state of race relations had been pushed to its limit and was spilling over into the streets.

The resulting hate, anger, and fear was the perfect feeding ground for the Unseen and they were flocking there in droves.

Unfortunately, my brother, as sweet and well-meaning as he is, had left home over a month ago to join the Freedom Rides to Alabama.

He has no idea what he’s in for.

We are leaving tonight for Montgomery.

Now that I think about it, I think that’s why Grandmother let herself get captured, to find the greatest clue of all. The Unseen are planning something big and we have to help stop it. 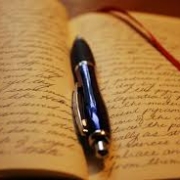 Casualties of the Transition 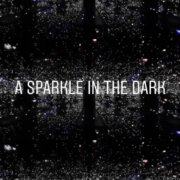 A Sparkle in the Dark 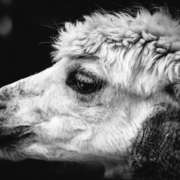 A Neck Above The Rest 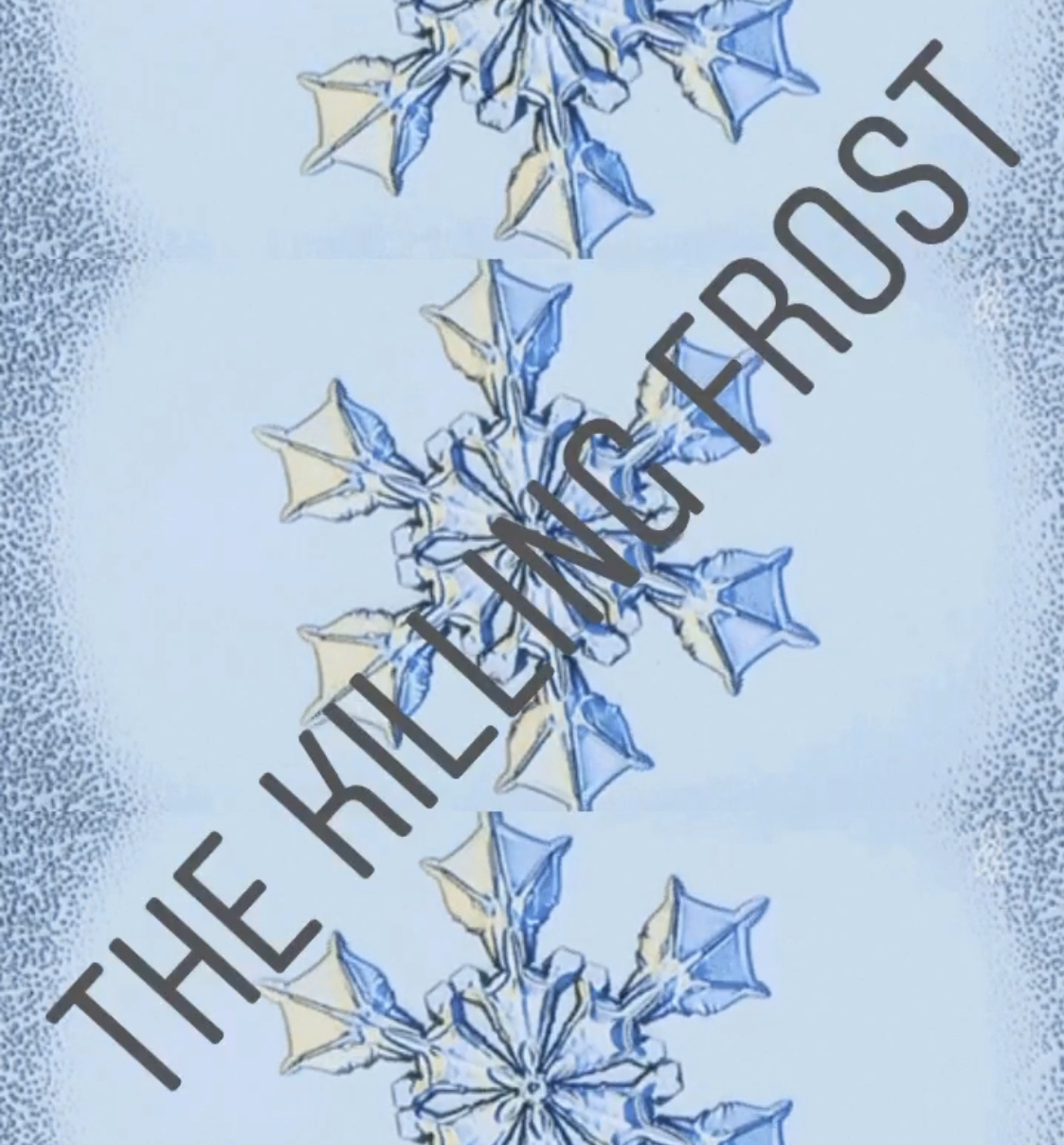 Want to join the discussion?
Feel free to contribute!

A Neck Above The Rest

Casualties of the Transition
Scroll to top